Home » wine » Get in the Gamay

If you say ‘Gamay’ aloud, it  sounds more like a complicated croquet manoeuvre than a grape variety. From the same area of France where the far sexier-sounding Pinot Noir and Chardonnay are grown, Gamay has long been maligned as an inferior grape, so much so that most people have never heard of it. Fortunately, this is starting to change. With an increase in imported and locally-produced Gamay appearing on the shelves, it is time to become acquainted with this versatile, affordable, and very food-friendly variety. 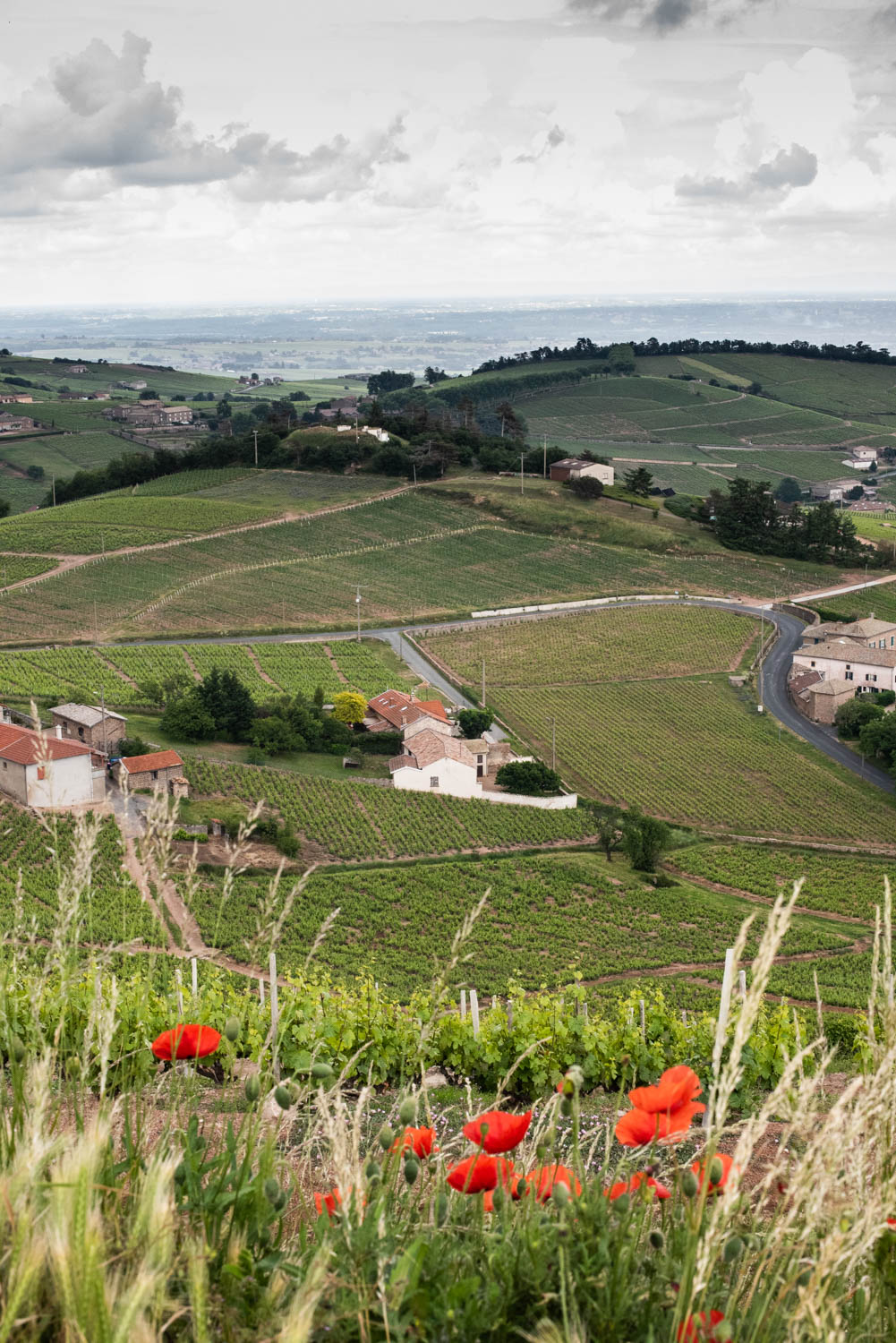 Gamay originates from the Burgundy region in North Eastern France. It is directly related to Pinot Noir and depending on the winemaking technique, can taste very similar.  In the 14th century it was grown throughout Burgundy, often instead of Pinot Noir, because it was much easier to grow. During his reign as the Duke of Burgundy, Phillip the Bold took an immense dislike to this gentle grape and banned it from the region. Just south of Burgundy-proper is Beaujolais, which at the time was ignored by Phillip because the winemakers of Beaujolais were really only making wine for local consumption. The hardy little Gamay grape did very well in this area and over the ensuing centuries became synonymous with the region. In fact Beaujolais is the now the biggest single varietal region in France; if a red wine is labelled Beaujolais it must be Gamay.

After a rocky start the fortunes of Beaujolais and therefore Gamay began to turn around. Dating back to the 19th century, wine from Beaujolais would often finish fermentation in barrels en route to nearby Lyon. By the time it got there, the locals would be eagerly awaiting the first wine of the harvest.  Following the second world war a law was made that these wines could be released on a specific date, and Beaujolais Nouveau was born. This was a festival celebrating the first release of wine for the year, and later became a very famous marketing strategy. Popularity grew and spread throughout France, into England, and eventually to Australia in the 1980s. Today Beaujolais Nouveau is shipped around the world, to be released strictly on the third Thursday in November.

However, Gamay is so much more than Beaujolais Nouveau. Beaujolais Cru are the top wines from the region and tend not to have Beaujolais on the front label – just the name of the specific district or ‘cru’ (look for ‘Beaujolais du Cru’ on the back label). There are 10 crus, all with slightly different characteristics. The deeper, darker styles with more tannin come from Moulin-à-Vent, Morgon, Chénas, Juliénas and Côte de Brouilly. Lighter more aromatic styles are made in Fleurie, Chiroubles, Brouilly, St-Armour and Chénas. The cru wines are made using the same principles as premium wine from Burgundy – no carbonic maceration and time spent gently extracting colour and tannin that will allow the wines to age.  In between the Nouveau and Cru wines are Beaujolais-Villages. This is where some of the best value and most versatile wines can be found. The village vineyards don’t have the prestige of the crus but are made to have a bit more depth and complexity than the light and fruity Nouveau wines. 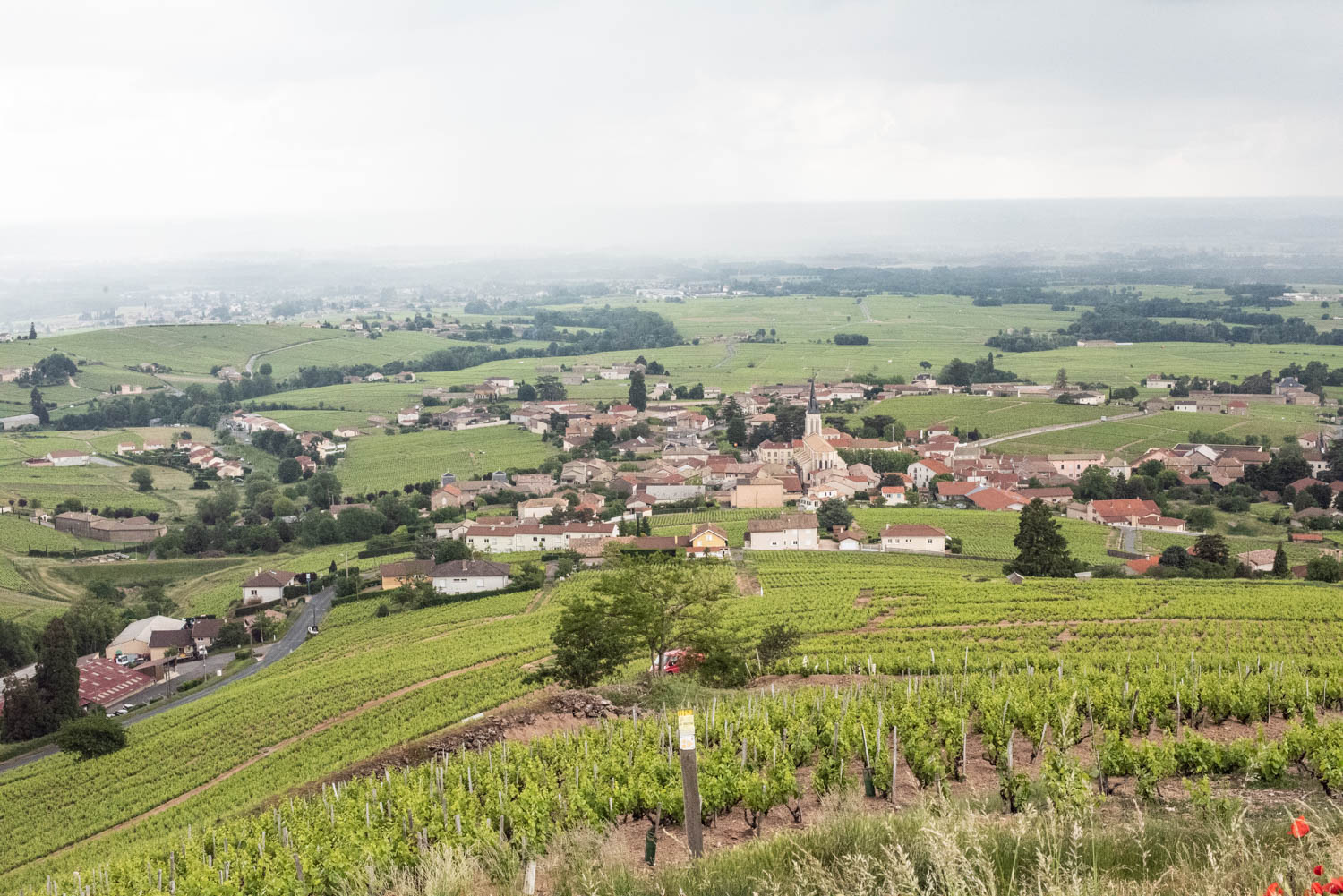 The Gamay grape is  capable of growing in a wide range of climates but it really shines in cooler areas. Sorrenberg in Beechworth put the variety on the map in Australia after it’s Gamay received rave reviews from sommeliers and wine writers in the early 90s. Recently there has been a surge of Gamay plantings as winemakers recognise the potential of the grape to make delicious but inexpensive wines that don’t need to be aged for a long time before release. The majority of plantings are in Victoria in the regions classically associated with Pinot Noir – Mornington Peninsula, Yarra Valley,  and Beechworth. More recent plantings are in Tasmania, Margaret River and cooler parts of New South Wales. The wonderful thing about Gamay is that, because it lacks the popularity of Pinot Noir, those in the know can pick up extraordinarily beautiful wines at a fraction of the cost.

Fermentation with a difference

Carbonic maceration has to be one of the most alienating wine terms around but Gamay, or specifically Beaujolais,  can’t be discussed without mentioning it. In carbonic maceration, bunches of grapes are placed in a sealed tank to which carbon dioxide is added. What happens next is the Willy Wonka-esque winemaking. Within the berries a unique fermentation occurs, producing flavours of bubblegum, banana, cinnamon and kirsch. The final wine is dry (not sweet) and very refreshing with amazing candy-store aromas and low tannin. This is what gives Beaujolais Nouveau it’s character.

As if carbonic maceration wasn’t enough to get your head around, of course Australians have come up with a diminutive version. It is not at all unusual in a room full of sommeliers to hear “there’s a bit of cab mac in this”. Just be glad  it wasn’t shortened to ‘carb mac’ – that would certainly send us  down a cheesy-comfort-food path of confusion.

Forget all those old rules about red wine with red meat and white wine with white meat, there is a Gamay to suit most dishes. The fruity, low tannin style of Beaujolais Nouveau is perfect lightly chilled with charcuterie, lighter seafood, Asian dishes and even those with a bit of chilli heat. Spicy foods can make red wine taste bitter but the bright aromas and lack of tannin in Nouveau wines work well.

Beaujolais-Villages are barbeque wines and are a match made in heaven with a range of chargrilled meats. They are also great for richer fish dishes (think salmon and tuna), versatile enough for tapas-style meals, cold meats and salads.

The Beaujolais Crus can be matched with many of the classic Pinot Noir pairings like duck. The heavier crus work well with roast meats, while the more aromatic crus are fantastic with vegetarian dishes like roast vegetable salads. In France they are paired with all the gorgeous traditional French dishes like Coq au Vin and Toulouse sausage.

It is a little trickier with Australian Gamay as it may be made in a fruity style or more like a Beaujolais Cru. Typically price can be a good indication – higher priced offerings are usually a bolder style with the ability to age, while inexpensive options will work with similar foods as Beaujolais-Villages.

With old vines and organic/biodynamic farming principles this is entry-level Beaujolais-Villages at its finest and a great example of just how delightful carbonic maceration characters can be. Beautiful raspberry jube flavours, with a light body and delicate freshness. Drink lightly chilled on a summer’s eve.

Dominique Piron’s family has been making Beaujolais for fourteen generations and it shows. His range includes wines from a number of Crus, elegantly demonstrating the difference in styles between sites.  The Fleurie is from 50 year old vines and is exceptionally good value. Delicate floral and fruit flavours are underpinned by a tannin structure that will allow for short term ageing, not that it needs it.

It would be a crime to talk about Gamay and not mention Sorrenberg. Barry Morey has been a pioneer of the variety in Australia. This is serious Gamay with no carbonic maceration. It is easy to mistake for premium Pinot Noir with dark berry and spice flavours and powdery soft tannins.

This article was originally published in Nourish Magazine November 2017