“Oh Nicole I had the most amazing dessert on Christmas day!”

I braced myself. This had been exclaimed by the friend who returned from the culinary fiesta that is Spain extolling the virtues of cola mixed with red wine and beans cooked with bacon.

Hang on a minute…

Because being paid for sex is much more appropriate to discuss in front of children…. I digress.

Then I got thinking, I could take these to the next level with Tim Tams… but let’s go the full Aussie and bring in the Anzac biscuit. Of course this needs a new name. As awful as it is, a ‘slut’ in Aussie slang is a ‘town bike’ – everyone has a ride. Ahh Australia, all class. Until we started adopting a lot of American words in this country, we called cookies ‘biscuits.’ Being Australian, we needed a slang word for it, hence ‘bickies.’ 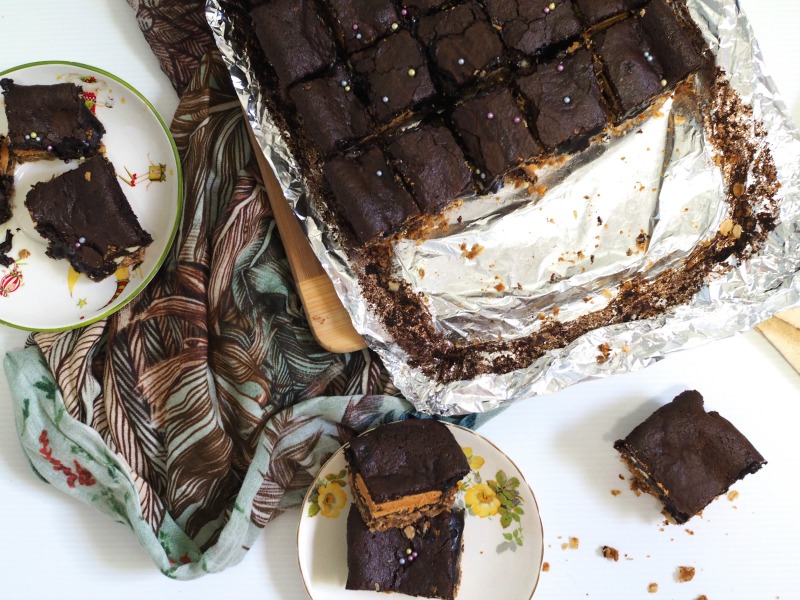 A quick bit of background for my OS readers:

Tim Tams are Australia’s favourite biscuit. Composed of two layers of chocolate malted biscuit with a cream filling in the centre and coated with chocolate. They come in different flavours and are pretty rocking.

Anzac biscuits were sent to our soldiers during World War One. The term ‘Anzac’ is protected under Australian law and to call a biscuit an Anzac biscuit you must stick to the original recipe of rolled oats, flour, desiccated coconut, sugar, butter and baking soda. Yep, we use terms like ‘town bike- everyone gets a ride’ and regulate our biscuit recipes. Welcome to the land down under. 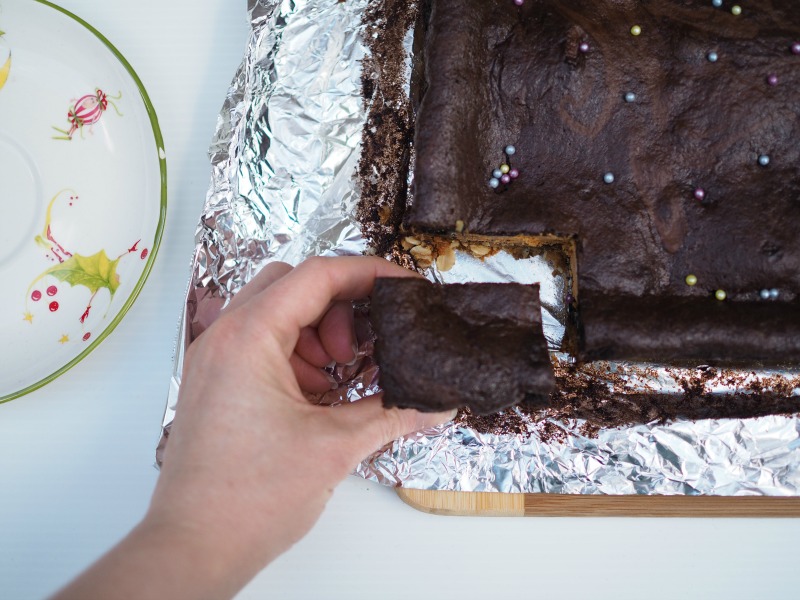 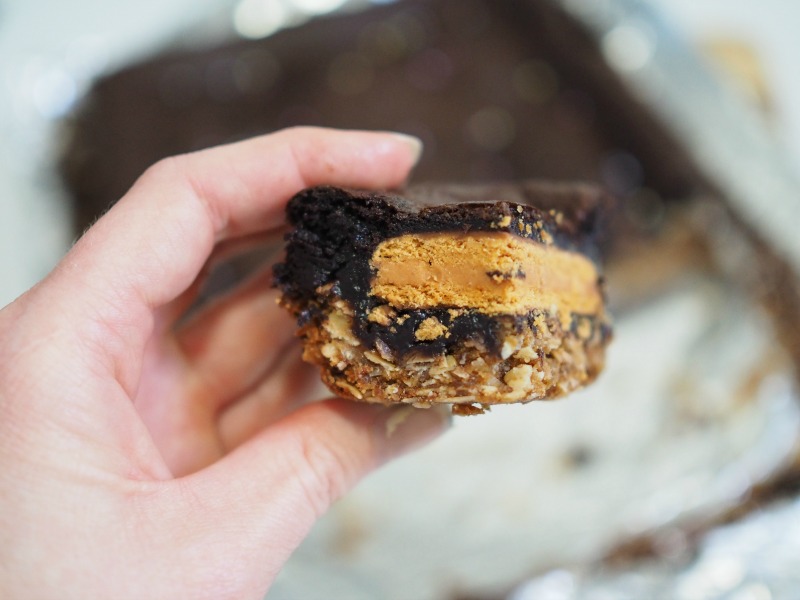 Back to the #foodporn. Oaty caramelly biscuits with a chocolate coated malty biscuit on top and covered in a layer of fudgy gooey brownie. If you are offended by the name just call them “oaty caramelly chocolatey malty gooey brownie things,” just make sure you whip up a batch 😉 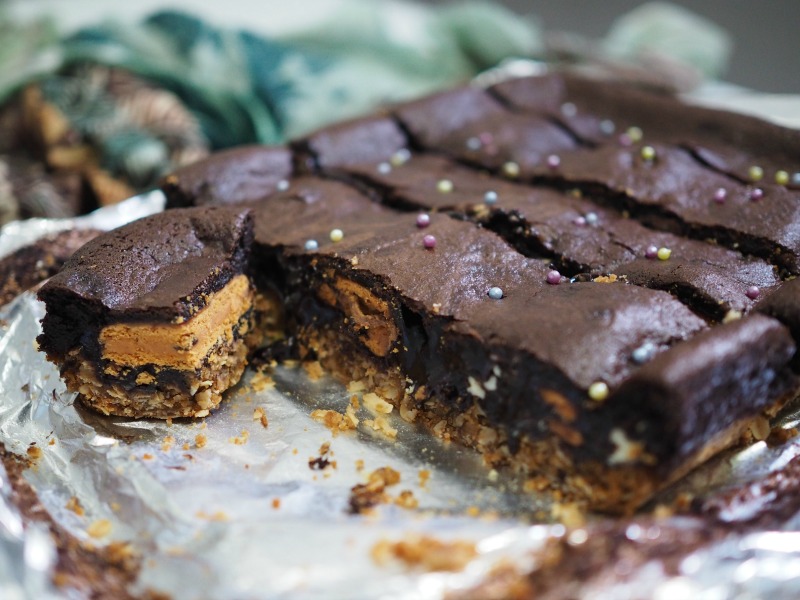 These are remarkably quick and easy to make and the majority of the ingredients for the Anzac biscuit layer are the same as in the brownie layer. I used recipes from two very talented women to create this beast. The Anzac recipe is a fairly traditional one from Sandra at The $120 Food Challenge and the brownie recipe is a variation on Nigella Lawson’s everyday brownie. 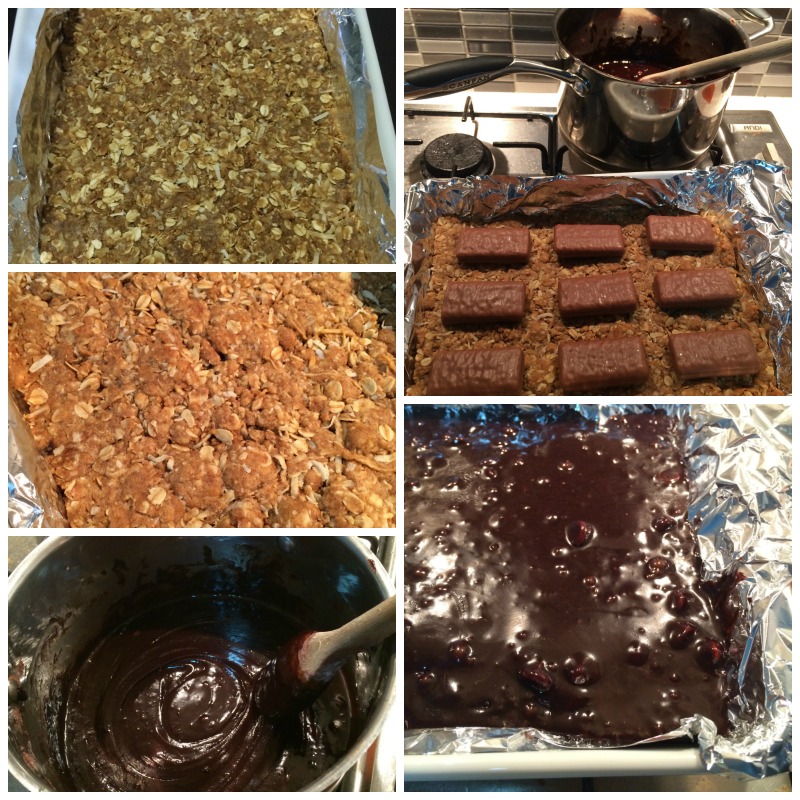 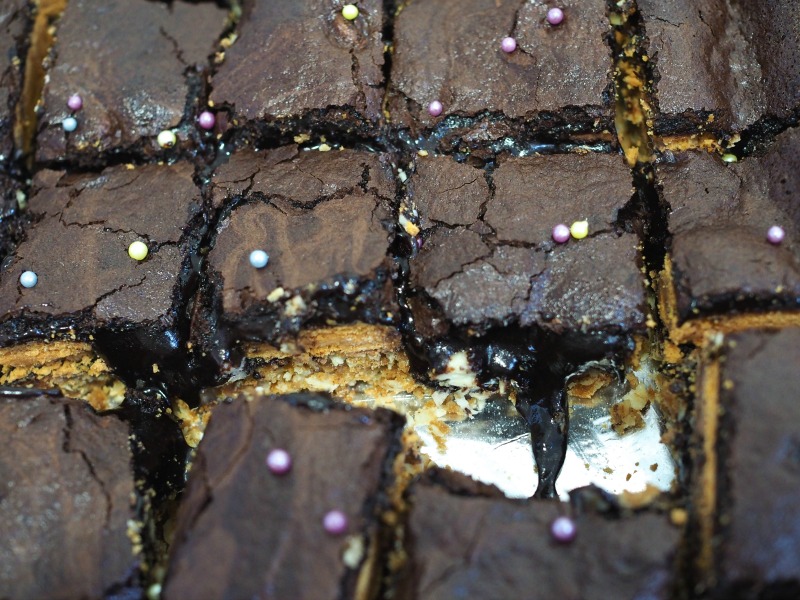 Best made the day ahead, these can be whipped up from go to whoa in forty minutes if you want oozy foodporn brownies, forty-five if you want them neat and sliceable. We both know which I think you should go for. 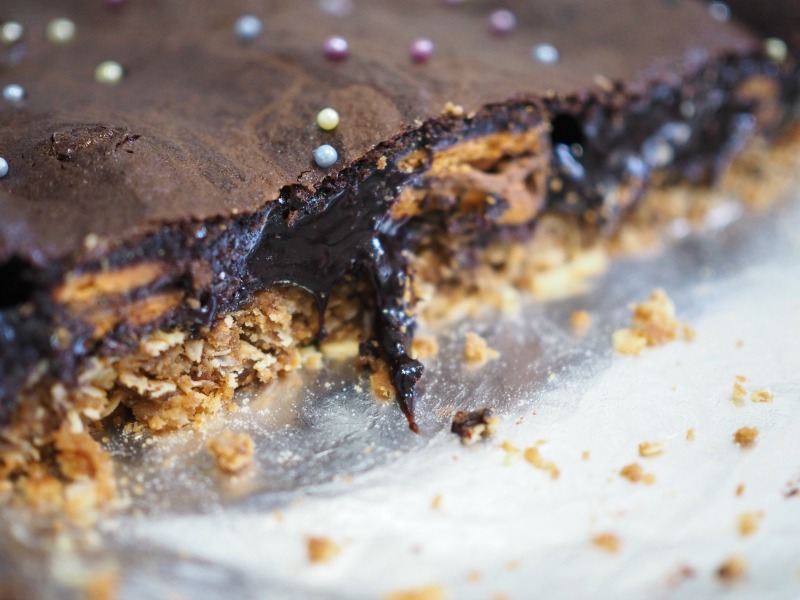 Take them to a BBQ where after a few cordials their name is the funniest thing in the world. 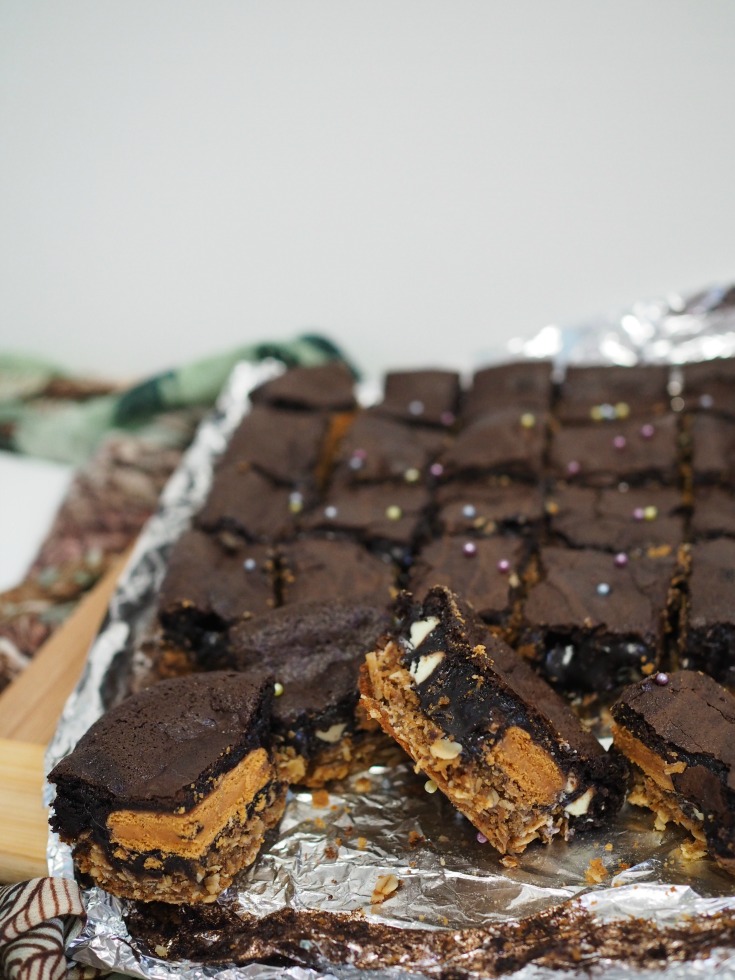 Can you feel your arteries clogging? 😉

Also, I don’t want you to be offended by my naming. It is tongue-in-cheek and I am not intending to be derogatory. I like to have a bit of a giggle at Aussie slang 🙂 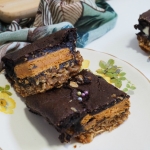