I was an ugly duckling. I’m not exactly a beautiful swan now but as awkward teenage years go, mine were pretty awks. With freckles, braces, an unflattering bob-cut, a penchant for PB (peanut butter) and an aversion to PE (Physical Education), it’s safe to say I wasn’t in the running for homecoming queen (or whatever the Aussie version of that is). 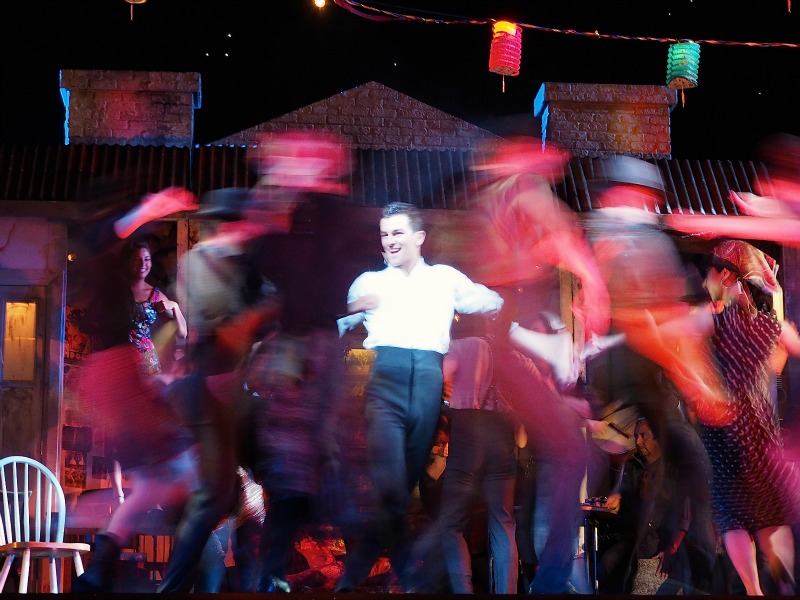 I had an enormous high school crush on a guy called Adam. When he was made my partner for “ballroom dancing” I was over the moon. Ballroom dancing was perhaps a bit of an overstatement. It was the end-of-year PE subject, chosen because the teachers could just wander round the back of the hall and sip Bundy out of hip-flasks (when in Queensland…) while the kids danced in circles to gems like The Heel and Toe Polka and Pride of Erin. But being held by Adam, particularly in the ‘closed dance hold,’ (hand on my waist oh my!) well, it made my fourteen year old heart flutter.

One night at a sleepover with my girlfriends, I discover two amazing things: s’mores (more on those later) and ‘Strictly Ballroom’. Hired for a few dance tips (and because we thought Paul Mercurio was pretty cute), it became the sequin-spangled escapist film that helped me survive my teen years and go on to become the  super cool creature you see before you. 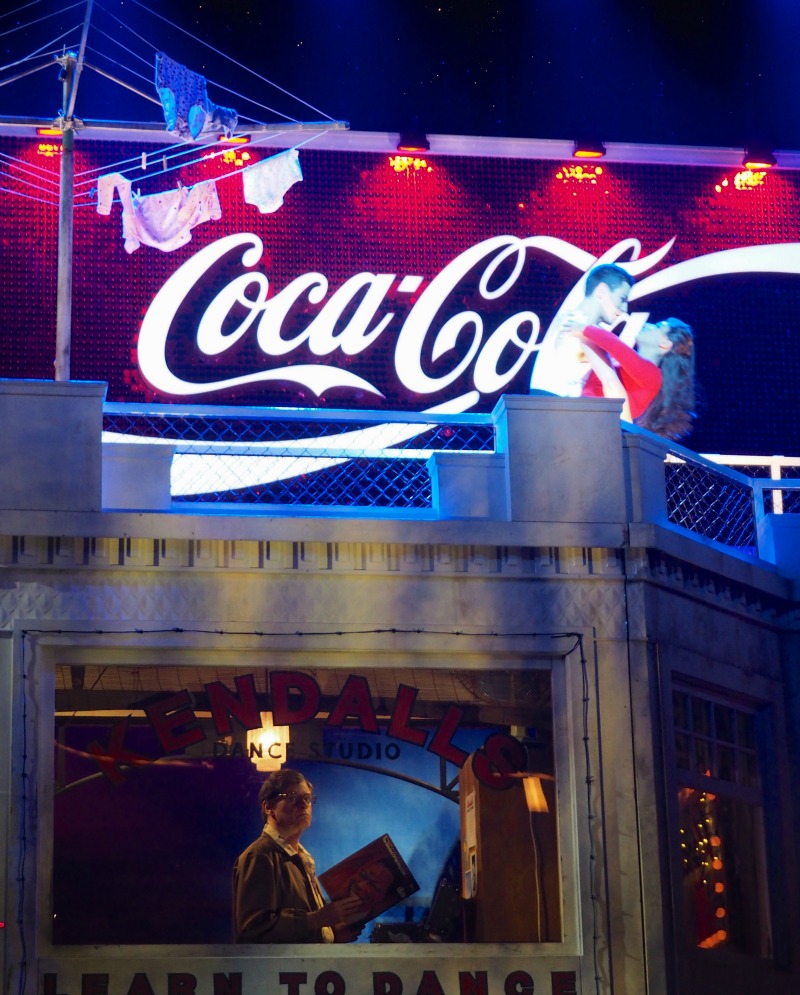 Do I need to tell you what this story is about? When I posted photos from the media call on Instagram, buddies from all over the world became excited. ‘Strictly Ballroom’ is the ugly duckling fairytale set in a ballroom dance studio in the 80s. Dripping with that gorgeous Aussie sense of humour and not afraid to be as camp as a row of pink tents; it is vibrant, outrageous, hilarious and heartwarming. It was Baz Luhrmann’s first film and the film that unleashed the pizazz of Baz on the world at large.

The making of ‘Strictly Ballroom’ is a fairytale in itself. What started as a student stage-play while Luhrmann was studying at NIDA was picked up by a film company after a professional season a few years later. There were financial struggles; the tragic deaths of the executive producer and Pat Thomson, who played the role of Shirley Hastings; and plenty of doubters. However, in true David and Goliath fashion (another of the film’s themes), when the film debuted at Cannes it received a standing ovation and went on to become one of the most successful Australian films of all time. It also launched the careers of Luhrmann, Catherine Martin and many of the film’s previously little-known actors. 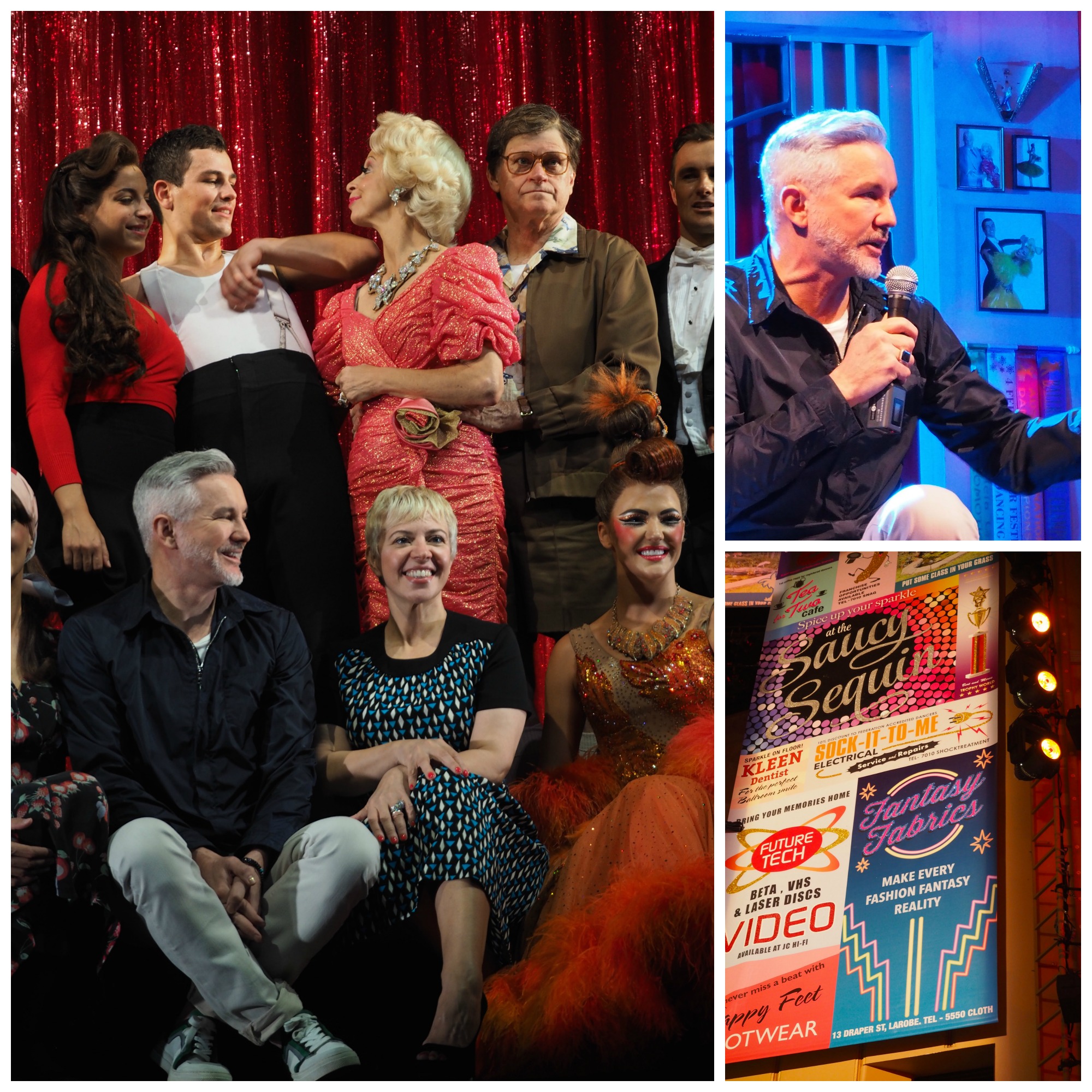 Last year ‘Strictly Ballroom The Musical‘ debuted in Sydney and now Melbourne has the chance to experience this Aussie success story. I was delighted to attend the media call a few weeks ago (hence the photos) and was thrilled to be invited to see the show.

But how well did the film I adore translate to the stage?

Baz Luhrmann is known for the glitz and glamour he brings to his productions, but one of his greatest skills as a storyteller is his ability to really take you into the souls of his characters. Nothing has been lost in the musical adaptation. In fact, putting this story back on stage, with the buzz of the audience feeding the energy, just feels right. 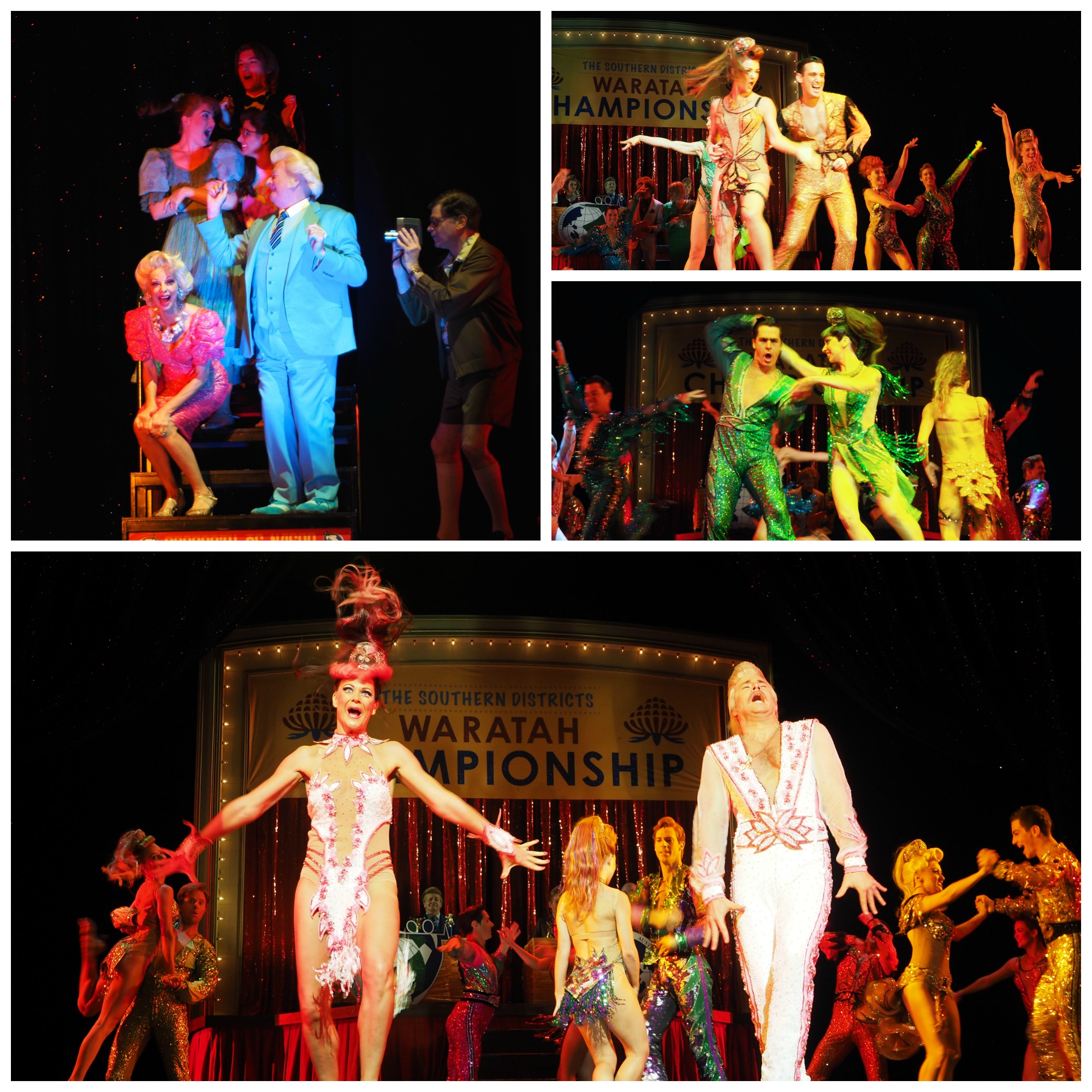 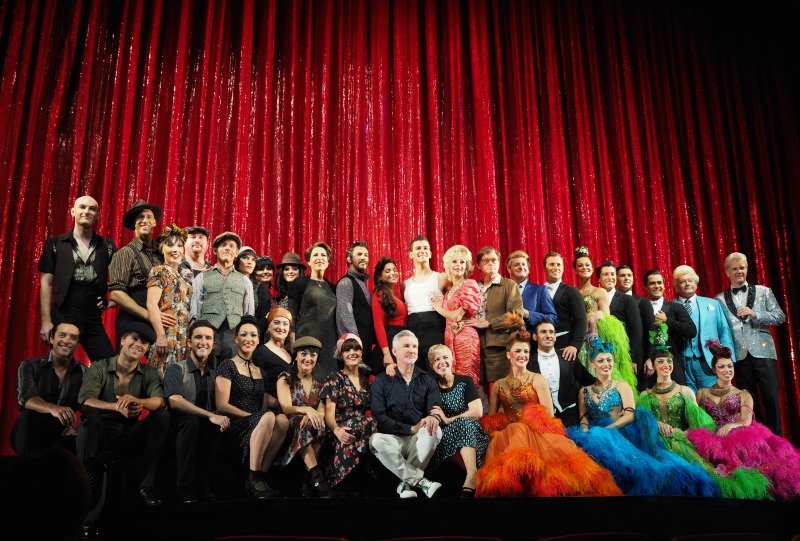 All your favourite songs and scenes are here plus some new fabulous collaborations with songwriters the likes of Sia and Eddie Perfect. Catherine Martin’s costumes are extraordinary (did you expect any different?), the set and technical design transformative, and the performances just so freaking beautiful, passionate, and at times, uproariously funny.

This musical is not afraid to poke fun at itself, the musical genre, or the world it inhabits. There are some great moments of audience involvement and I found myself getting swept up into the world of the Pan Pacific Grand Prix Amateur Five Dance Latin American Championships. However, at its core ‘Strictly Ballroom’ is about love; love for what you do, the importance of loving and believing in yourself and a heady dose of the romantic kind as well.

If you loved the film you will rejoice in the musical. If you’ve never seen the film but have ever felt small and longed for some magic in the world, then book some tickets now. 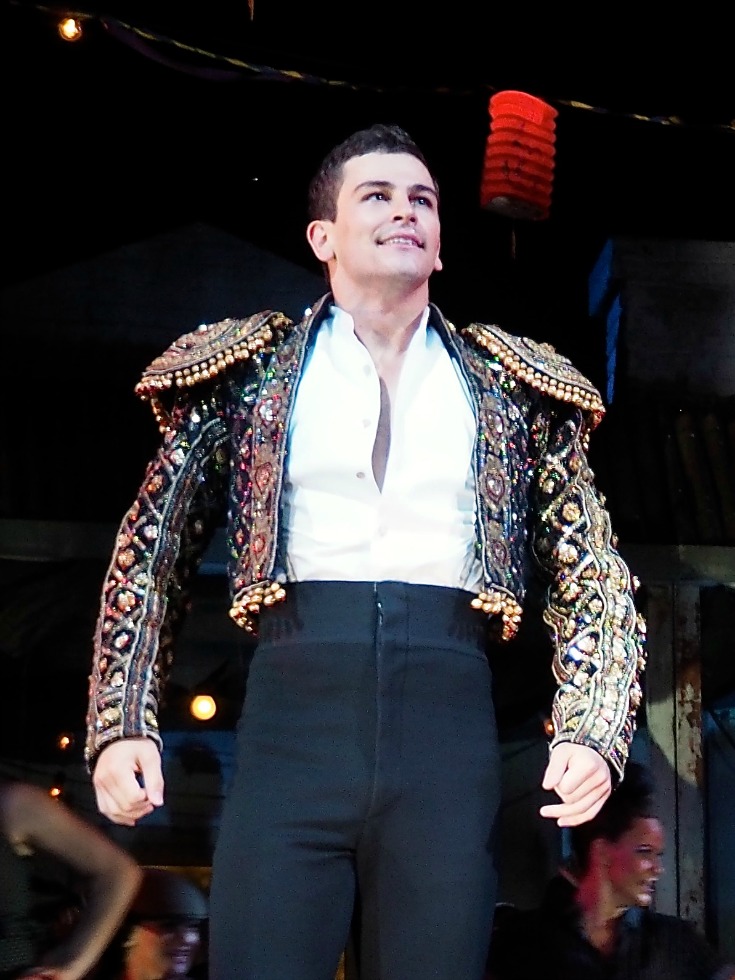 There is no easy segue into this, but you know, this here’s a food blog and s’mores and Strictly Ballroom will always be linked in my consciousness. I was destined to be a food blogger, all my pivotal memories are linked to what I was eating at the time. So here is that slightly modified take on the food revelation of that night.

Back in the 90s there was a lot less American influence on Australian society. I had never heard of s’mores until my friend produced biscuits, marshmallows and chocolate from her backpack and microwaved up batches of sweet, gooey heaven. Even then I think we called them something less eloquent like ‘marshmallow and chocolate melts’

Being all grown up now, I like to make my s’mores under the grill with some good quality dark chocolate (preferably with sea salt) to cut through the sweetness. 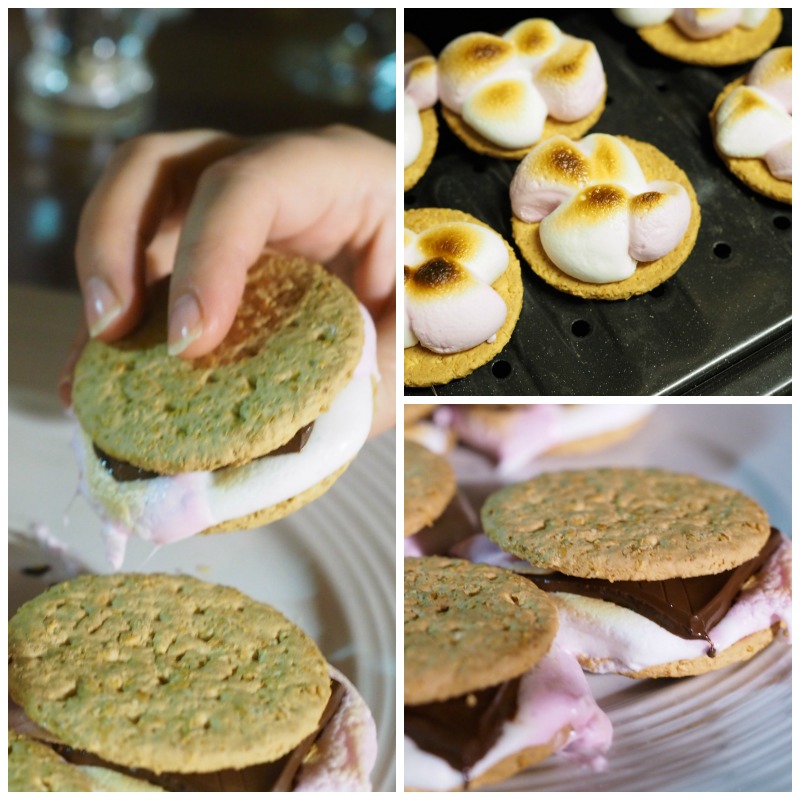 Lindt have made their squares of chocolate perfectly s’more sized. Coincidence? I think not 🙂 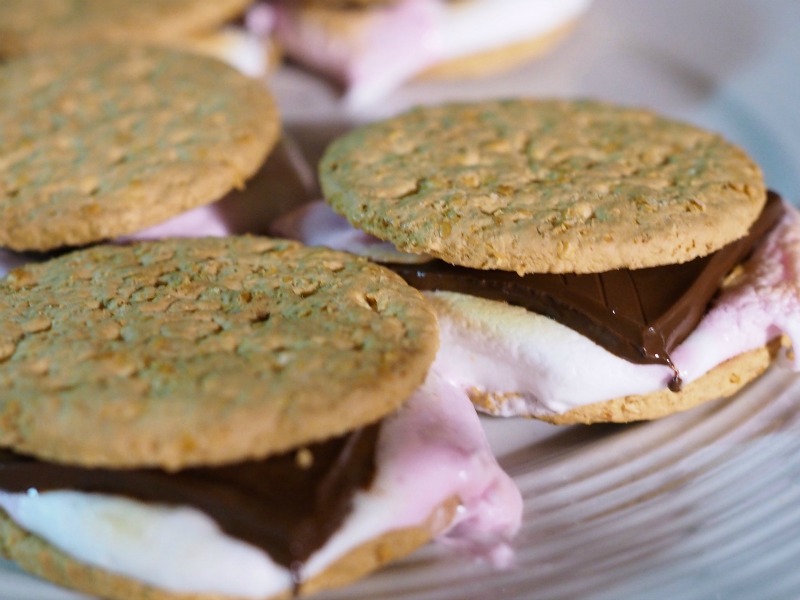 Disclosure: I attended ‘Strictly Ballroom The Musical’ as a guest of Nuffnang. All opinions and images are my own.

28 Comments on Strictly Ballroom and S’mores