Just like a dodgy aunty, I’ve loaded you with sugar and then left you to your own devices. It has been a week since we last caught up (a whole week! 😉 ) the longest time between posts since I started this blog.

Did you try any of my Easter desserts (or recommendations)? I was tagged on a few empty plates on Instagram (it seems the salted caramel hot cross bun pudding requires immediate gobbling). I love food pics so make sure you tag me (@nicole_rouge) if you decide to use up any leftover hot cross buns.

I spent the whole Easter weekend working on a wine business assignment. BOO! It is a subject I am really interested in but still, I would have preferred Easter egg hunts and frolicking in a park somewhere.

Now before you click away*, this isn’t the fusty maiden aunt kinda sherry. This kind of sherry is for ultra cool, world-travelling, artist aunties – the kind I’m going to be (obvs 🙂 ) when my shiny new nephew arrives in just a few weeks.

A few years ago my only reference point for sherry was the super sweet brown liquid my nana would have occasionally (often mixed with lemonade), or the bottle of ‘Dry Sherry’ with a peeling label that hovered about the back of the pantry for cooking purposes. So unfair. It’s like eating a slice of plastic cheese and assuming that is what cheese is.

In a nutshell (because I could talk about this for five days, and I just have. Thanks assignment) Sherry is a fortified wine that come from the Jerez region in south west Spain. It is such a fascinating beast. A fairly boring white wine is made and then popped into a barrel. What happens next is pretty magical. All the yeast cells floating about in the bodega (essentially a fairly romantic old-world wine storage facility) form a thick white layer on the top of the wine. This layer of yeast, called ‘flor’, protects the wine from oxygen and converts alcohol, oxygen and glycerol in the wine into acetaldehyde. 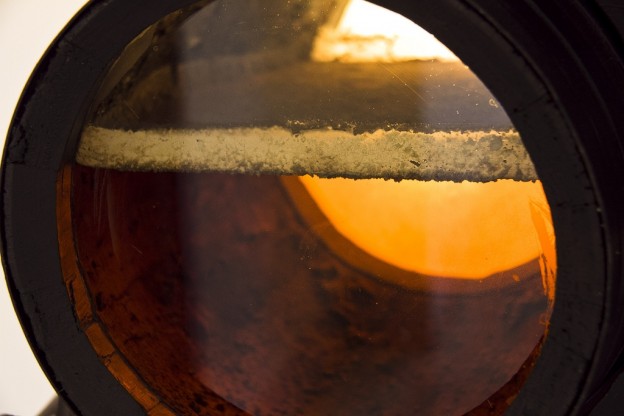 That’s all pretty technical and if you are interested in learning more, this guy is a guru. But what it means for us is the end result is a wine unlike anything you have ever tasted. There are a number of styles produced and I am going to save the complicated descriptions for another day. The style I want you to try is Fino or Manzanilla sherry; about as far removed from the fusty aunty sherry as could be.

Fino and Manzanilla sherries are aged under flor for between 3 and 7 years. The two names refer to the area they are aged in; Fino from Jerez and Manzanilla from a nearby coastal city called Sanlucar de Barrameda. The style is quite similar and often only #winenerds can really tell the difference. The wines are super dry, incredibly fresh and taste like sea breeze, bruised apple and almonds with some of that lovely bready, yeastiness we often associate with Champagne.

The first time I tried a Fino I hated it. These wines are really, really dry. Think about the least fruity wine you’ve ever had and this is even drier. They are also very slightly salty. Crazy right? But so refreshing and tangy. My mistake the first time was that I expected it to taste like other white wines; fruity with just a hint of sweetness. If you can switch off that expectation and just savour the fact that it tastes like you are walking along the beach eating an apple, then I think you are going to love it. Served with a bowl of olives or some salty jamon – amazeballs.

You can pick up a small bottle of Delgado Zuleta Manzanilla ‘La Goya’ pretty easily for about $18 (fairly widely available) or to be on the safe side order a glass as an aperitif next time you dine out. Some places do keep their sherry open a little too long so if it is not pale lemon in colour and glistening, ask them how long the bottle has been open.

Have you ever tried Sherry? And perhaps more importantly, tell me about your coolest aunty- I’ve gotta get my training wheels on.

* My first draft read as “Now before you clink away” I almost left it, that’s a lovely fusty-maiden-aunt sweet sherry drinking image isn’t it?